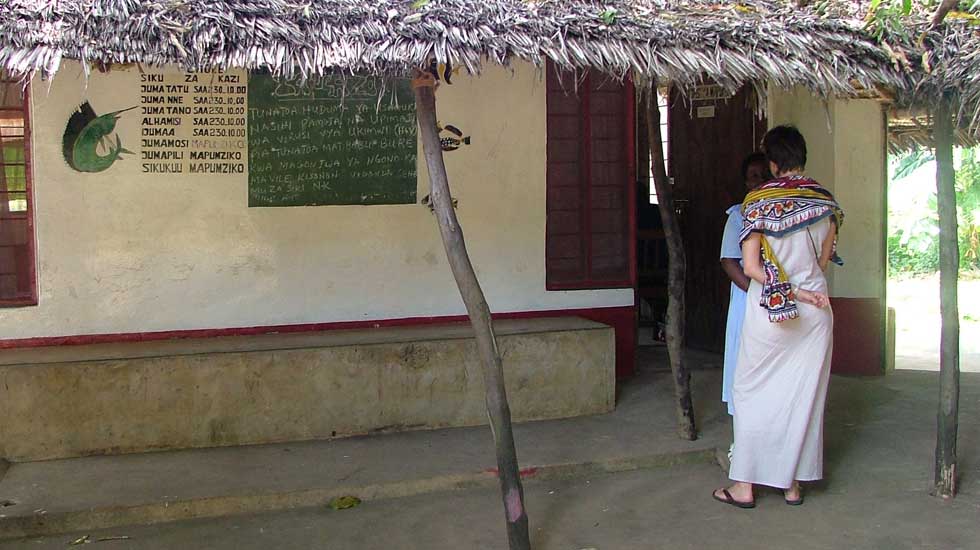 Chole is a tiny island off the Tanzanian coast, about 160kms south of Zanzibar. There is one small village which is home to the island’s small population (under 1000 people). Also on the island is one tourist lodge – a gorgeous place called Chole Mjini. The owners of the lodge, Jean and Anne de Villiers, involve the community with the tourism they bring to the island, and they also specifically try to raise funds to help the village. They back the clinic, the school and many other excellent projects for this remote and charming community, which otherwise gets little help.

In 2007, 39 children were awarded scholarships through the fund. The scholarships (of approx £65 each) cover basic fees for children that are educated at secondary school on Mafia Island. The 2007 annual report from Chole explains the greater good this has done for all the children on Chole:

“The scholarship programme for secondary education has significantly boosted the number of children that are attending secondary school. Children from Chole have the good reputation for paying school fees and children are not turned away from school because they are unable to pay. The people of Chole are very grateful for this support. Unfortunately there are very few role models in the community that have a secondary school education and the kids in school at present are the first generation attending secondary school. In this environment it is a tough struggle for the children to stay focused and to have the discipline to keep studying to make it through”.

The Chole Health Centre has continued to provide essential services to the local community. In 2007, around 1,500 patients were seen at the centre with 37 births and 2 deaths. Due to tight funding, only basic costs have been covered (salaries and drugs) and general maintenance has been left in arrears. The 2007 report from Chole explains the benefit derived by the local community:

“The under five clinics and support to pregnant women are also very important in giving children a good start in life, picking up disease, parasite load and inherent conditions, such as anaemia, early thus helping them get a healthy start in life. The clinic again proved its value in a recent outbreak of an unknown gastro-intestinal disease. More than 100 patients were seen over a week with nine being hospitalised on a single night, all receiving life-saving drips. If the people had had to travel to the main island and pay for transport, accommodation and health care, many would not have survived.”

How we’ve helped so far

For years The Tribes Foundation worked closely with Chole Mjini by providing an official charity through which donations in the UK were made. This was done until they were in a position to run their own charity.  We have also donated to their clinic project and school projects.

It’s been a big success story: by the mid 1990s only one child from Chole had ever progressed beyond Form IV in formal secondary school, only one adult on the island was in full time employment – and there was only one bicycle on Chole.  During 2011 67 children were awarded secondary school bursaries (including 27 girls) and a further 4 were supported either at university or studying for a diploma in college, and scores of adults are now in employment.  In 2012 8 were going to university or college. And bicycles are ubiquitous!

We have been delighted that the support for Chole became big enough to warrent it having it’s own dedicated charity, and we have handed over the reins to the Chole Mjini Trust Fund.

The Tribes Foundation is a UK charity whose principle aim is to relieve the poverty of indigenous communities in areas outside of the UK which are affected by tourism. The charity backs poverty alleviation, education, cultural preservation and conservation projects within these regions.